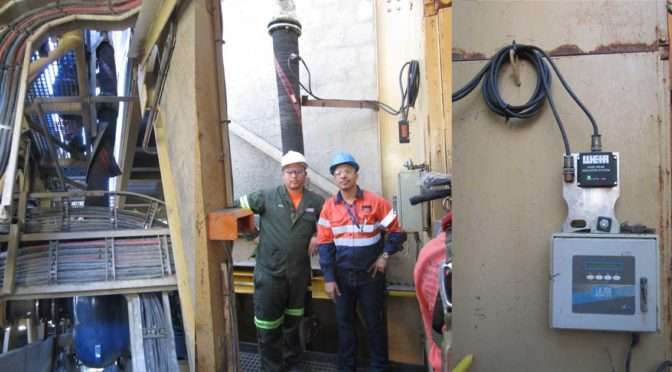 The installation by Weir Minerals Africa of a Linatex® 808 hard wall rubber hose with wear indicator system is reducing downtime and operating costs at Namdeb’s Sendelingsdrift treatment plant in Namibia.

The challenge facing Sendelingsdrift was that it was changing out the incumbent competitor’s rubber hoses every four weeks due to excessively high wear rates. In addition to the ongoing downtime, the plant also risked losing concentrate due to the hose failures. As the concentrate media contains diamonds, additional security was required when dealing with hose failures that result in concentrate leakage – adding to the costs.

The Weir Minerals Africa service teams regularly visited Sendelingsdrift to engage with the plant manager, area engineers and other operational staff to get a better understanding of their requirements and problematic applications. After an audit of the site, the team considered all the parameters and proposed a trial of a Linatex® 808 rubber hose fitted with a wear indicator system.

The proposed solution would be capable of withstanding the slurry flow rate of 84 l/s with a slurry density of 2,65 t/m³. The wear indicator system installed on the hose would indicate when the hose was nearing the end of its life; no physical inspections would be necessary.

In addition, Sendelingsdrift would save the cost of additional security requirements by eliminating premature hose failures.

Sendelingsdrift agreed to the proposed trial, and the Weir Minerals Africa service team conducted weekly site visits to inspect the hose and the wear indicator system. While the competitor hose generally failed after delivering 32,000 tonnes of ore, the trial showed that the Linatex® 808 rubber hose surpassed 162,000 tonnes.

The hose lasted seven and a half months before being replaced, which was more than six times longer than the competitor’s hose – representing a significant cost saving for the customer. The Linatex® rubber hose processed over 2,5 million tonnes of concentrate and a similar volume of slurry during this time.

Designed for dual delivery and suction applications, Linatex® 808 rubber hose can be custom manufactured to any size and is available with a range of flange types.